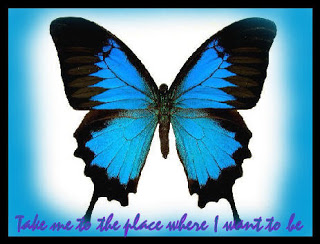 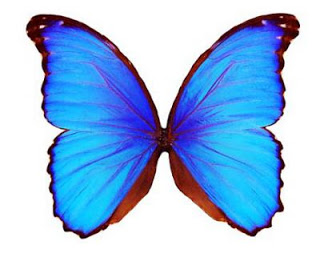 School would be out soon, and there were three long months of summer vacation to look forward to.

Tom Mix and Roy Rogers were still making movies, and the local theater

had decided not to raise it's prices. You could still get into

the Saturday matinee for thirty five cents. And that included a Buck Rogers cliff hangar serial and a cartoon!

A carnival was coming to town in July, and a circus in August. What more could a guy ask for?

the large open field. The boy was ten and his friend was eleven,

and although they were a grade apart in school, they were the best of buddies and did everything together.

They came to this field often, to fly kites, or play cowboys

and Indians, or just to explore. There were woods along one

side of the clearing that were great for hiding and building forts in.

a stone fence that offered protection from the cowboys after a raid on their camp.

the circuses put up their tents. And as much fun as it was to

wander around those events while they were there, it was

even more exciting to see them leave, and then race to the field to see what treasures may have been left behind.

There was always something. A broken trinket, a length of

thick rope, or maybe even change from some kids pocket

when he had been turned upside down while riding "The Octopus"! A person never knew what they might discover.

Yup, it was a really neat field.

It was getting late, and the two friends decided it was time to go.
The older boy gave one last hard tug on the kite's string,

as he always did, trying to get it to dive and loop, and then they reeled in the line and started for home.

The path out of the field went by an old apple tree, and for

caterpillar who had made his home on one of the branches.

They had watched him slowly inch his way up and down

the branch looking for any new leaves that might have

sprouted. But there wasn't much new growth on

the tree this early in the year, and so they had wondered how he would survive.

They didn't see the caterpillar today. Instead they noticed

a large, grey, lifeless looking cocoon, and they wondered

if their yellow friend had died. But it was getting very late,

and the boys friend said his stomach hurt, probably

from hunger, so they didn't wonder about it too long, and continued their walk home.

The next morning the boy and his friend walked to school

together as usual. They arrived with a little time left before

the first bell, so they took a few moments

to wander around the playground and discuss their plans for that evening.

The boy's friend wanted to go fishing at Mudd Creek,

the water was getting high there and he thought perhaps the trout may have come back early this year.

together. Neither friend had a great bike, but when the rear

wheel was removed from one, and the front fork of the other

attached, it made a super fast and fun vehicle!

(and sticking playing cards in the spokes of

motorcycles they would see on the highway...well, almost...)

But nothing definite was decided upon,

and so, when the second bell rang they went their separate ways.

Noon came, and when the boy entered the cafeteria it was

buzzing with excitement. Someone in Mrs. Foster's class

had gotten very sick and had to be taken to the hospital!

The boy's friend was in Mrs. Foster's room, and so the boy

looked around the busy lunch room trying to find him.

But his friend wasn't there so the boy sat next to some of his other classmates.

Everyone seemed to have a different version of what had happened,

and there were a lot of rumors, but the one thing they all seemed

to agree upon was the fact that it had been the boys friend who had gotten sick.

Lunch period ended and soon the school day was over.

the hospital yet. He was sure his friend would have

wonderful stories of being poked with long needles,

being asked to say "ahhh" a hundred times, and other strange and unknown things.

past, but he didn't see anyone and so he continued to his home two

houses away. His grandmother was in the kitchen baking when

he walked in, and she asked him if he had heard about his friend.

She said he had suffered an attack of acute appendicitis. His

appendix had burst in school, and by the time they got him to

the hospital it was too late. The poison had spread

throughout his body and he had died a short while ago.

His best friend was gone.

There was no one to take him to the funeral, and so he decided to

go to the field. He hadn't had much experience with death.

He had seen dead squirrels and birds of course, but a person, that was different. He didn't understand.

Why did things have to die?

Where did they go?

Why did his best friend have to leave him?

down the road to the field, carrying the kite, it's tail dragging along behind him.

As he passed the apple tree he noticed the dull, grey cocoon was

broken open. There was nothing inside, it was just a

cold empty shell now, and there was no trace of the caterpillar.

There was a strong breeze, and the kite went up into the bright sky

easily. The boy sat on a rock and watched as the colorful kite swayed

in the wind and danced on it's tail. As he watched he thought about

all the good times he and his friend had had. Times that they could never have again.

That was the part he couldn't accept. That he would never see his chubby, funny friend again.

The boy was very sad, but he didn't cry.

There was less wind now and it was getting cool.

It was time to go.

He stood and began to wind the kite string onto it's holder.
He hadn't wound more than a half dozen turns when a beautiful yellow

Swallowtail butterfly landed on the line no more than two feet from his hand.

The string went slack in his hands, and it seemed the butterfly was

pulling on the line, trying to catch just one last gust of air under the

kite. The kite responded by soaring another fifty feet up into the air and then started floating slowly back to earth.

The line was taut in his hands again and the boy continued reeling it in.

As he did, the Swallowtail let go his hold on the line and flew upwards,

up past the kite and into the clear blue sky until it disappeared from the boy's sight.

The caterpillar hadn't died. He had changed into something new

and wonderful, leaving behind an empty shell which was no longer needed.

The boy knew he would never see his friend again, not as he had been.

But he knew his friend wasn't really gone. Instead, he too was off on a

great new adventure, his spirit soaring among the clouds. And he knew

that if he kept all the memories alive, the friendship and the good times, then his friend would never truly leave him.

His spirit would always be there.

- Describe An Evening On The Beach
Talk about an evening on the beach Night was falling. The setting sun?s red rays lit up the sky above the western horizon. I could see an oil tanker making its way across the sea just on the horizon. Soon the sun disappeared below the horizon and the...

- Talk About Your New Friend
Talk about your new friend When the school reopened after the mid-year school holidays, we had a new classmate. Her name is Cheng Siew Hong and she has emigrated with her family from Hong Kong to Singapore. The class was excited and I was too because...

- My Best Friend
My best friend The outline: 1. Who? His name, race, etc. 2. His habits, abilities, etc. 3. Why I like him 4. the end I have many friends of several races. But my best friend is a Chinese boy whose name is Ah Chong. Ah Chong?s father is a carpenter. His...

- My Good Time
People have a good and a bad time in their lives, including me myself. Yesterday was such a good time for me. I did everything right for instance my preparation to join classes was pretty good. I had done my homework and I did not forget praying. I had...